Fletcher, NC – The Asheville Regional Airport Authority (ARAA) soon will welcome Mike Reisman as the new Deputy Director of Development and Operations. Reisman, who is leaving his position as the Greeley-Weld County (Colo.) Airport Manager, will begin at AVL on January 4.

“After an extensive nation-wide search for a new deputy director, I am very pleased that Mr. Reisman has accepted the position,” said Lew Bleiweis, AVL Airport Director. “His more than 23 years of experience in the aviation industry, evidenced by his professional successes in growing the Greeley-Weld County Airport during the past 14 years, will bring positive leadership to development and operations at Asheville Regional Airport. I am looking forward to working with Mike to continue to position AVL well for continued growth.”

Reisman is a former military air traffic controller, and holds a Bachelor of Science degree in professional aeronautics with concentrations in aviation management and air traffic control technology. He has held management positions at the Richmond International Airport, the Fort Worth, Texas Department of Aviation, and most recently at the Greeley-Weld County Airport. He is a licensed pilot, a certified Aircraft Rescue Firefighter, and is professionally accredited by the American Association of Airport Executives.

Reisman’s most recent accomplishments as the manager of the Greeley, Colorado-based general aviation airport helped to position the organization for continued growth. Specifically, Reisman’s development expertise lead to growth in real estate acquisitions, which doubled the campus size and resulted in a 53% growth in private development projects. In addition, the airport realized a 72% increase in airport-based aircraft, and finally, Reisman lead the efforts to construct a 10,000 foot runway – a strategic move to position the airport well into the future. Over Reisman’s 14 year tenure at the Greeley-Weld County Airport, the facility’s annual economic impact on the local community increased by over 300 percent.

“I am looking forward to joining the team at the Asheville Regional Airport, and getting started in my new position. The facility has experienced impressive growth thus far, and has aggressive plans for continued growth and development. I am excited and prepared to become part of the team that will help lead the airport down a road of continued success.”

In addition to airport management, Reisman is avidly involved in community work, including five years of service on the Greeley, Colo. Chamber of Commerce board of Directors, and three years as chairman of the Chamber’s “Better Schools, Better Communities” committee. He previously served seven years on the Greeley Convention and Visitors Bureau Board of Directors, including as its Chairman, and is currently the immediate past-president of the Colorado Airport Operators Association.

Reisman has been married to his wife Cheryl for 19 years, and they have two children: Jacob (14) and Amy (12).

Fletcher, NC – Passengers traveling through the Asheville Regional Airport over the next 12 weeks will notice the newly remodeled gate area under construction once again – this time for the new concessions that will begin operations in March, 2011.

The Paradies Shops, which has been named the nation’s “Best Airport Retailer” for 15 consecutive years and has also won the title “Concessionaire with the Highest Regard for Customer Service,” will feature a post-security restaurant with a full-service bar and regional microbrews, a CNBC retail shop, and a pre-security Travelmart, featuring Bruegger’s Bagels.

Construction will take place behind temporary walls in the main atrium of the new gate area (post-security) between December, 2010, and March, 2011. The project will not impact passenger travel, and all gates will remain operational and accessible to travelers.

“It is exciting for Asheville Regional Airport to welcome Vision Airlines to the region. Their service to the Fort Walton Beach and Destin, Florida, area will be our first non-stop beach destination—a great addition to our growing list of non-stop routes,” said Lew Bleiweis, A.A.E., Airport Director. “In addition, Western North Carolina is a popular vacation destination for residents of Florida, so we anticipate welcoming many visitors from the panhandle area on these new flights.”

AVL currently has commercial flights to ten cities on six major airlines, with connecting service to any destination in the world. Visit www.flyavl.com for more information about AVL and visit www.visionairlines.com to book a flight to Destin.

"Welcome Homes" are the best! American Airlines is offering 5 nonstop options from AVL to get you where you need to go. #flyAVL #AVLTravelSmart https://fb.watch/4RmiuUZmGP/ 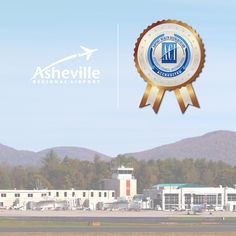